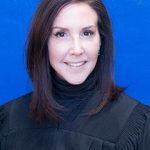 TALLAHASSEE- The Florida Supreme Court is considering whether to remove Palm Beach County Judge Dana Santino, as recommended by the Hearing Panel of the Judicial Qualifications Commission (JQC).  Judge Santino was charged with committing several serious violations of the Code of Judicial Conduct during her 2016 judicial campaign.  At the time of the election she denied that her actions were improper, however, she later admitted that her conduct violated the judicial canons.  There is no set timeframe for a final decision by the Court.

The documents related to this case can be found here.